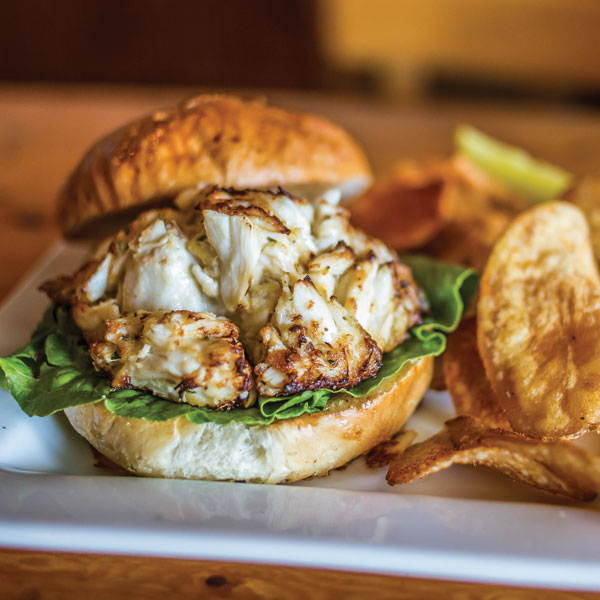 Excerpt from The News Journal

Jimmy O’Conor has owned the year-round eatery, popular with locals, since 2009. So, why did he name his restaurant Woody’s, rather than his own name?

“Woody’s is a marketable name for a beach restaurant. There’s already a Jimmy’s across the street,” he says, gesturing toward Jimmy’s Grille and giving a sly smile.

Before O’Conor came into the picture, the building housing Woody’s was once known as more of a bar than a restaurant – and, if you’ve been around as long as me, you might even recall it was once the home of the wacky Col. Mustard’s Last Stand hamburger joint.

The casual spot, with 35 seats inside and tables for about 25 outside, sits next door to Vavala’s Beach Things between New Orleans and Bellevue streets.

Specials are featured throughout the week – chicken wings are 35 cents each on Tuesdays, and a 12-ounce New York strip steak with garlic mashed potatoes and a salad is $12 on Thursdays.

But O’Conor, a Maryland native, is dead serious about his crabcakes ($15.50). He uses huge lumps of premium colossal crabmeat and just a whisper of a light, creamy binder that barely holds the lumps together. The cakes are every bit as terrific as Hearn promised.

O’Conor serves the crabcakes on buttery-tasting brioche rolls, or with crackers, or, if you don’t want bread, he’ll serve them on top of a salad with romaine, onions, Mandarin oranges, raspberries and candied walnuts.

Forget trying to get details from O’Conor. He safeguards his culinary secrets like they’re a national security risk and won’t disclose any classified information. “I don’t tell people where I get our crabmeat or my rolls,” he says.

What he will say is the crabmeat is barely handled – maybe three times at the most – before being gently patted into its baseball-size shape.

O’Conor says he once watched a new employee overhandle the crab – few food sins are as unforgivable as breaking up lumps of crabmeat – and immediately reassigned him to another job.

In other words, don’t mess with the crabcakes.

“They’re always the same,” says O’Conor, taking obvious pride in his work. “Consistency is my thing.”

“It’s got to be a certain temperature,” O’Conor says about the oven. And that temperature would be? He smiles that Mona Lisa smile and, with a little nudging, finally concedes it is 425 degrees.

“It’s the best crabcake ever,” says frequent diner Marty George, of Bethany Beach. His wife, Chris, sitting at an outside table with him for lunch last week, nods. “I make really good crabcakes, and his are better than mine,” she says.

“We go everywhere. We’re foodies,” says Marty George. “This is the best crabcake from Ocean City [Maryland] to Lewes. We love it here.”

Another dish for crab lovers? Crabby tots. O’Conor deep-fries tater tots, covers them with cheesy crab dip and then tops them with another layer of cheddar, mozzarella and provolone. The melty cheese appetizer ($11) is a perfect nosh with a cold beer.